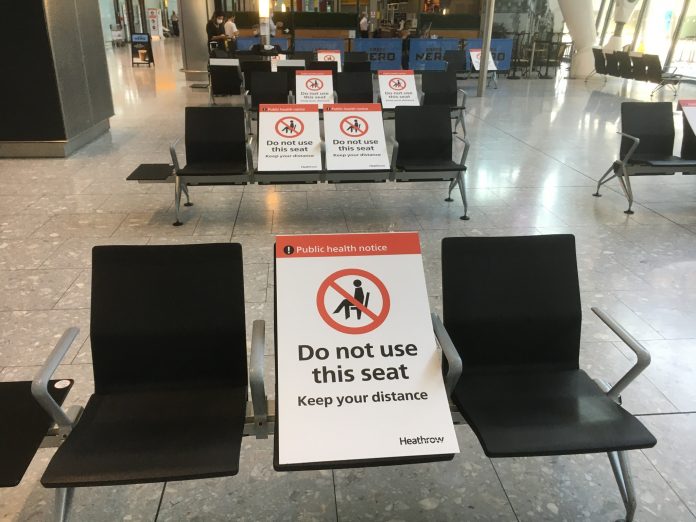 There’s been a virtual collapse of air travel across the North Atlantic from Heathrow with a reduction of around 95 per cent compared to last year, according to latest figures from Heathrow.

The fall, prompted by Covid quarantine restrictions on both sides of the Atlantic, is particularly problematical for British Airways and Virgin Atlantic, which rely heavily on these routes. BA’s London to New York route is its most profitable and has a particularly large proportion of high-yielding business traffic.

The new figures from Heathrow show continuing problems across the board with august passenger levels down 81.5 per cent on last year. There were 1.4m passenger movements through Heathrow less than a fifth of what is normally seen during the summer holiday period.

The airport’s management continues to press for testing as a safe alternative to the full 14 day quarantine period.

John Holland-Kaye, Heathrow Chief Executive said: “Heathrow’s traffic figures for August demonstrate the extent to which quarantine is strangling the economy, cutting British businesses off from their international markets and blocking international students, tourists and investors from coming here to spend money.

“The Government has announced it is looking at the options for reducing quarantine for passengers who test negative for Covid-19 – but Ministers urgently need to turn words into action. Every day of further Government delay costs British jobs and livelihoods.”

Heathrow looks set to introduce £5 vehicle access charges in front of all terminals in a bid to recoup some of the losses incurred...
Read more
Airlines

Forget the lockdown and think of sun-kissed beaches. Virgin Atlantic has announced it is launching the first direct route from Europe to the Caribbean...
Read more
Airlines

Heathrow faces a renewed crisis as the government puts a block on all but essential air travel for a month. The decision, prompted by the...
Read more
- Advertisment -

Downton actresses at Heathrow in 2013